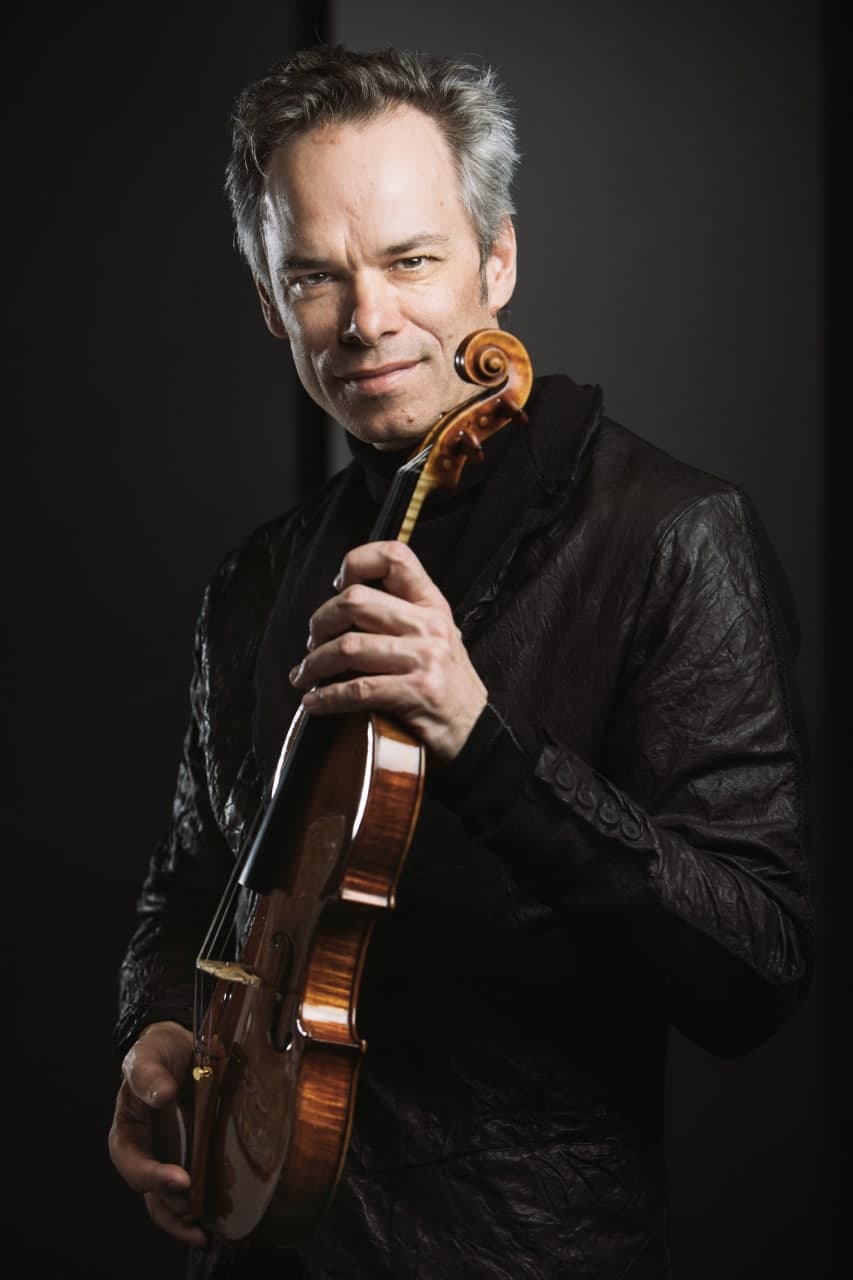 A truly multifaceted and most versatile of today’s violinists, Viennese-born violinist Benjamin Schmid is renowned for his extraordinarily broad artistic range. In addition to over 75 concertos in his repertoire, he champions works by composers such as Hartmann, Gulda, Korngold, Muthspiel, Szymanowski, Wolf-Ferrari, Lutoslawski and Reger. Schmid also has a successful career in jazz and regularly presents his Hommage à Grappelli programme at jazz venues and classical concert halls alike.
Artistic Director of the Musica Vitae Chamber Orchestra in Sweden since the 2020/21 season, he continues this creative partnership in numerous play/direct projects. Further highlights of the 2021/22 season include appearances with the Mozarteumorchester Salzburg, Naples Philharmonic Orchestra with Andrey Boreyko, Real Filharmonía de Galicia and Juanjo Mena and returns to the MDR Musiksommer and the Festspiele Mecklenburg-Vorpommern, amongst others.
Benjamin Schmid has a close relationship with the Wiener Philharmoniker and their notable collaborations include the opening concert of the Salzburger Festspiele as well as a performances at Vienna Musikverein and, in 2011, at Schloss Schönbrunn with the Paganini-Kreisler Concerto under the baton of Valery Gergiev, which was broadcast in over 60 countries and released on CD and DVD by Deutsche Grammophon.
He has a discography of over 50 albums, many of which have won critical acclaim and awards including the ECHO Klassik, Gramophone Editor’s Choice and Strad Selection. His recording of Ligeti’s Violin Concerto was named Record of the Month by Gramophone magazine, and his album of Wolf-Ferrari’s Violin Concerto was nominated for the Vierteljahrespreis der Deutschen Schallplattenkritik.
Benjamin Schmid won the Carl Flesch International Competition in 1992, where he also received the Mozart, Beethoven and Audience prizes. He holds a professorship at the Mozarteum Salzburg and teaches masterclasses at Hochschule der Künste Bern. He was a member of the jury at the 2017 ARD International Music Competition for violin, and Chairman of the Jury at the 2019 International Leopold Mozart Violin Competition.
Regular collaborations include with conductors such as Seiji Ozawa, Christoph von Dohnányi, Riccardo Chailly, Yuri Temirkanov, John Storgårds and Hannu Lintu, and with orchestras including the Australian Chamber Orchestra, Philharmonia, Royal Concertgebouw Orchestra, Gewandhausorchester Leipzig, Tonhalle-Orchester Zürich, St Petersburg Philharmonic Orchestra, Toronto Symphony Orchestra and Concerto Köln. US engagaments have included the Baltimore and Houston Symphony orchestras, Washington National Symphony Orchestra, Naples Philharmonic and Naples Philharmonic Jazz and Curtis Institute orchestras. In Asia, he appears with the likes of New Japan Philharmonic, Singapore Symphony and at the Hong Kong Festival.
Benjamin Schmid plays the “ex-Viotti” Stradivarius of 1718, on generous loan by the Österreichische Nationalbank.