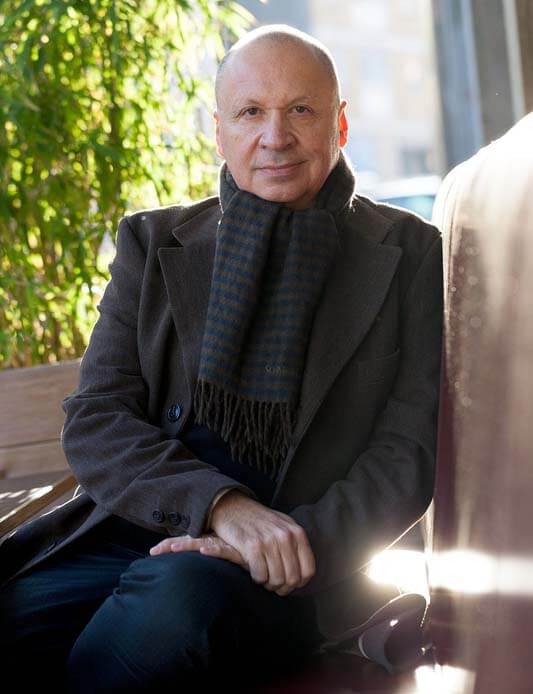 Literary critic Marcel Reich-Ranicki described the Russian pianist Boris Bloch as a “stormy poet”. On his new Chopin CD, dedicated to Reich-Ranicki’s wife Teofila, who died in 2011, Bloch shows that “he is more than that: not only a fiery sound creator, but above all a passionate seeker of truth” (Sylvia Adler “Darmstädter Echo” 3 August 2012). This recording was chosen as the CD of the week by Radio Stephansdom in Vienna, his most recent Liszt CD was awarded the Honorary Prize of the Hungarian Liszt Society, and the prize was awarded in Budapest on the occasion of Franz Liszt’s 200th birthday. Bloch’s Beethoven double CD, which includes such famous sonatas as the “Appassionata” and the “Waldstein” sonata, has been awarded 6 stars by the magazine “Piano News”.  His latest CD release is once again dedicated to Franz Liszt and best from a box of six CDs with complete cycles of the “Années de pèlerinage” and “Harmonies poétique et religieuses”.  oris Bloch was born and raised in Odessa, studied at the State -Chaikovsky – Conservatory in Moscow with internationally renowned pedagogue Tatyana Nikolaeva and especially Dimitri Bashkirov and in 1978 won one of the most important awards for pianists, namely the First Prize of the International Piano Competition “Ferruccio Busoni” in Bolzano.  Since his appointment as professor at the Folkwang Hochschule in 1985, Bloch has lived in his adopted home of Germany. In 2007 Boris Bloch was awarded the Pedagogy Prize of the City of Duisburg. In the last season his appearances led him to the International Liszt Festival Raiding, to the Liszt Biennale Thuringia, to deb International Summer Festivals in Verona and Noto (Sicily), to the Great Hall of the Tchaikovsky Conservatory and to the Great Hall of the Gnessin Academy in Moscow, to the Beethoven Festival in Bonn, to the Duisburg Philharmonic Orchestra in the Merkatorhalle Duisburg and to the Liszt Biennale Thuringia.In the 2017-18 season the Nazionale Philharmonie der Ukraine will open its piano cycle “Meisterpianisten” with Boris Bloch in Kiev, and in Moscow he will play in the new concert hall of the Skriabin Museum next season. In the festivities marking the 90th anniversary of the Folkwang University of the Arts, Boris Bloch will take part twice in the piano department’s “Complete Beethoven Sonatas” series: on 19 October he will be performing the opening evening and on 30 November 2017 he will be giving another Beethoven evening in this series. In March 2018 he will make a tour of Austria: on March 3 and 10 in Vienna and on March 16 at the International Liszt Festival in Raiding with the recital entitled “Liszt Theater”. In the 2018/2019 season Boris Bloch will perform at the Mozarthaus in Vienna, at the Festival Georges Cziffra, at the Konzerthaus Berlin in the series Bechstein-Konzerte and many others. In May 2018 Boris Bloch will be a juror at the International Piano Competition in Venice. Boris Bloch regularly conducts master classes as part of the Vienna Music Seminar and is honorary professor of the music institute “Reingold Glier” in Kiev.