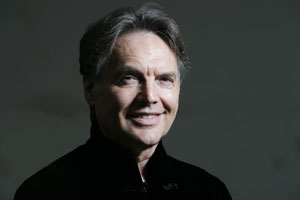 Born in 1947 in southwest Germany. Studied at the Academies of Music in Stuttgart and Detmold under Tibor Varga. Violist with Stuttgart’s Sьdfunk Symphony Orchestra and with the Tibor Varga Chamber Orchestra. Since 1971 he has been a member of the Berliner Philharmoniker, becoming a soloist in 1984. Since its foundation in 1976 he has been a member of the Brandis Quartet. Orchestras he has appeared with include the Philharmonische Oktett Berlin, the Philharmonische Sextett Berlin, the Philharmonic Camerata, the Philharmonic Friends of Vienna and Berlin, the Philharmonic Virtuosi and other Ensembles of the Berliner Philharmoniker, the Cyprien Katsaris Piano Quintet, the World Orchestra for Peace (conductors Sir Georg Solti and Valery Gergiev) and the Trio Berlin (which he founded, 1997 European Chamber Music Award from the European Parliament). In 2005 he became a founding member of Philharmonic Sinfonietta Berlin. Gives international master classes regularly at the Mozarteum Academy in Salzburg and has an extensive discography. He teaches at the Karajan Academy of the Berliner Philharmoniker. Since 2001 he has been a professor of viola and chamber music at the Berlin University of the Arts. He is also a guest professor in Belgrade. Many of his former students are members of renowned European Orchestras in Berlin, Vienna, Munich and Amsterdam.