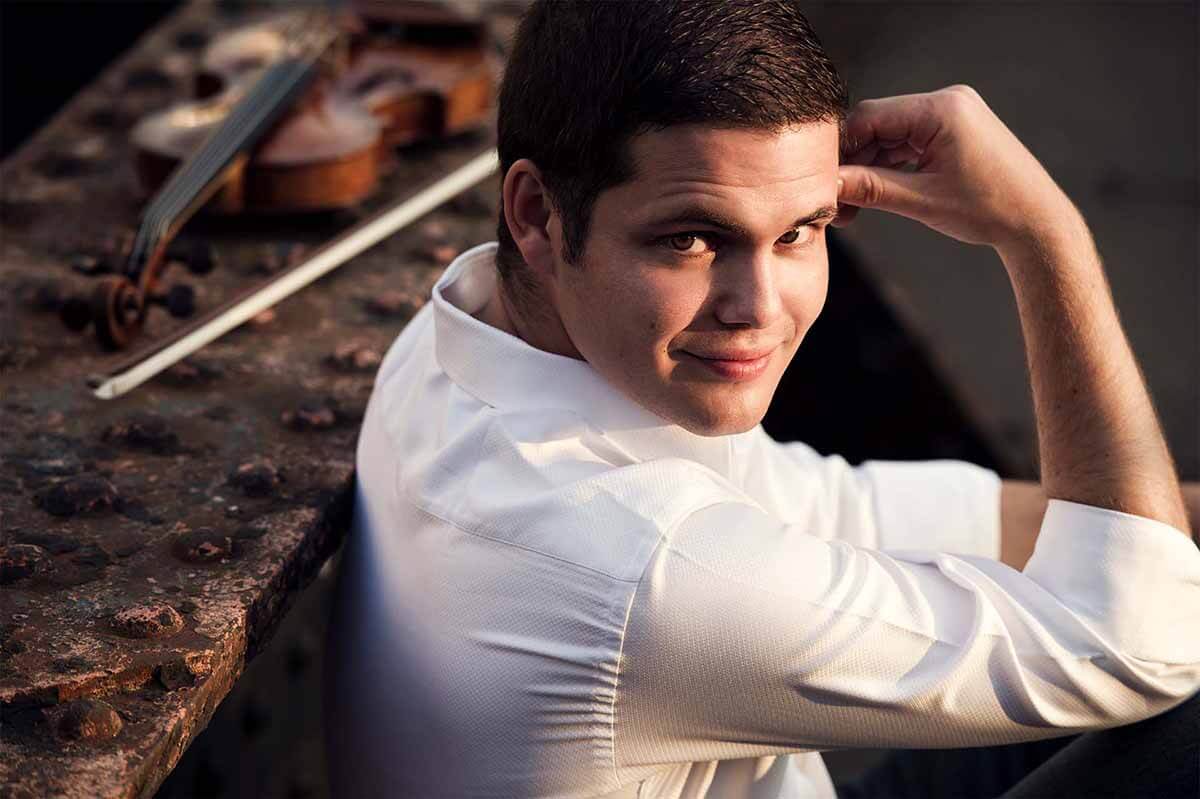 “Gilman is a name to watch”, stated Classic FM Magazine in 2007. Today, Alexander Gilman is among the most renowned violinists and teachers of his generation. The Frankfurter Allgemeine Zeitung describes him as “an artist who identifies profoundly with the work”. Since 2013 Alexander has been the artistic director of the  LGT Young Soloists, and in 2019 he was appointed to the Royal College of Music.

Alexander Gilman has worked with famous conductors such as Neeme Järvi, David Zinman, Bernard Haitink, Dan Ettinger, Mario Venzago, Michael Sanderling and Perry So. His chamber-music partners include Maximilian Hornung, Nils Mönkemeyer, Juliane Banse, Matan Porat, Franzisco Araiza and Erik Schumann. Alexander is a popular guest at international music festivals as both a soloist and a teacher. His concerts have been recorded and broadcasted by numerous radio and television stations, including the Bavarian Radio, WQXR New York, Rai Italia and NHK Japan.

Alexander Gilman’s continuously expanding repertoire encompasses a wide spectrum across all major genres of music which is reflected by his award-winning recordings on OehmsClassics. They were rewarded with enthusiastic reviews by major magazines like “The Strad”, “FonoForum” and “Ensemble”. His album of violin concerti by Barber, Korngold et al with the Cape Town Philharmonic Orchestra, conducted by Perry So, received outstanding critical acclaim. He also received the Diapason d’Or prize and many other awards for this album.

For the past few years, the violinist has been particularly active in New Music and participated in numerous premieres of commissions by contemporary composers such as Benedikt Schiefer, Uwe Lohrmann, Matthijs van Dijk and Konstantia Gourzi.

Alongside his activities as a soloist, Alexander established himself as an internationally recognized teacher in recent years. He is passionate about fostering young talents and holistically preparing them for a life as professional musicians. The fact that his students regularly win competitions demonstrates the high quality of his teaching work.Alexander Gilman is currently teaching at the Royal College of Music in London and at the Kalaidos University in Switzerland. Before that, he taught at the Zurich University of Arts (ZHdK) and at the Amadeus Music Academy in Vienna where he was also responsible for the entire String Department.

Additionally, Alexander holds master classes at universities and festivals across the world, such as the Summit Music Festival New York, Baptist University Hong Kong, Academy of Fine Arts Singapore, Dubrovnik Festival, University of Cape Town and many more. He is also in demand as a juror at a variety of international music competitions.

By founding the LGT Young Soloist, Alexander Gilman created a unique initiative to promote young talents, offering them a musical homeland and giving them the opportunity to grow as soloists as well as chamber and orchestral musicians. The string ensemble is made up of highly talented young soloists between the ages of 12 and 23. Within one year, Alexander brought the ensemble up to such a high musical standard that very soon engagements at Gasteig Munich, Mozarteum Salzburg, Rheingau Music Festival, Schloss Elmau, MS Europa 2, as well as annual tours through Asia and Europe followed.

The LGT Young Soloists are the world’s first youth orchestra to record for Sony Music/RCA. Alexander Gilman focuses their recordings on thematic programs to expose the young musicians to a wide musical spectrum. The ensemble’s discography already includes four albums: “Italian Journey” (2015), “Russian Soul” (2017), “Nordic Dream” (2018) and “Souvenir” (2019). Their album ​”Nordic Dream”​ was nominated for the Opus Classical Award in three categories and acclaimed by the media: “If you didn’t know that young teenagers are playing here, you would think you were in the midst of a top ensemble.“(Das Orchester). Several former members of the ensemble are now successfully following their career as professional musicians.

Alexander Gilman was born in Bamberg and grew up in a family of musicians. At the age of seven he marked his debut at the Gasteig in Munich. From the age of sixteen he worked with the famous violin teacher Dorothy DeLay in New York and attended master classes by Itzhak Perlman, Aaron Rosand, Ingolf Turban, Igor Ozim, Akiko Tatsumi and Mikhail Kopelman. Alexander Gilman graduated with distinction from Zakhar Bron’s master class at the Hochschule für Musik in Cologne. He then moved to the Hochschule der Künste in Zurich for his master’s degree, from which he also graduated with distinction.

Gilman’s career has been marked by the award of numerous prizes at international competitions in Europe and the USA, including the WestLB Music Competition in 2006. As part of this award, the Stradivari “Ex-Croall” from 1684, which had previously been loaned to Frank-Peter Zimmermann, was made available to him. Alexander Gilman was holder of a bursary from the Deutsche Stiftung Musikleben and multiple winner of the Deutscher Musikinstrumentenfonds competition. Thomastik-Infeld, the maker of violin strings, chose Alexander to be a Thomastik-Infeld Artist. He is currently playing a violin made by Giovanni Battista Guadagnini, Parma 1769.