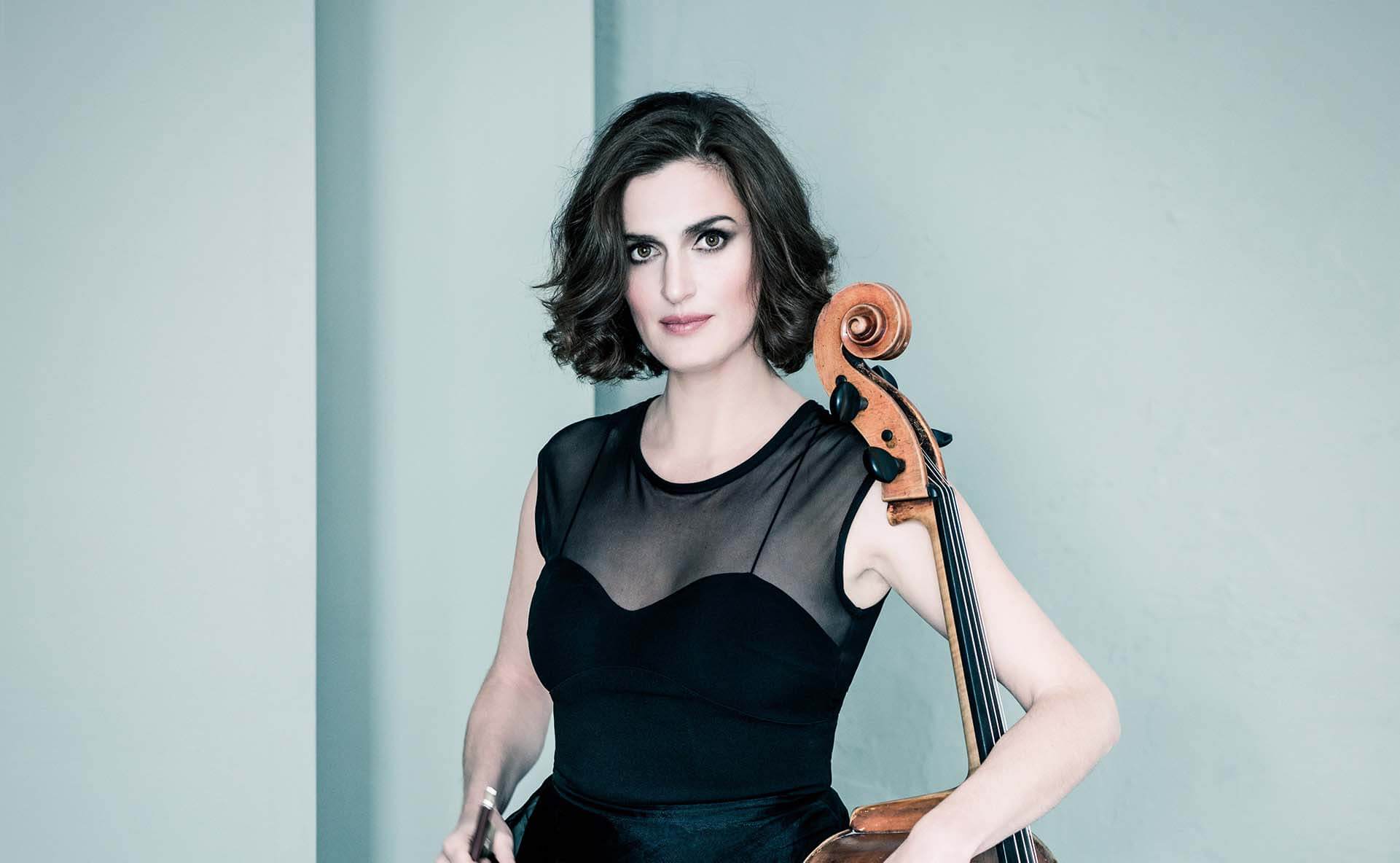 Croatian cellist Monika Leskovar (born Kreutztal, Germany, 1981), studied with Dobrila Berković-Magdalenić at Elly Bašić Music School in Zagreb and later with Valter Dešpalj. In 1996 she became a student of David Geringas at the Hanns Eisler Hochschule für Musik in Berlin, where – since 2006 – she is an assistant. In masterclasses she worked together with Mstislav Rostropovitch and Bernard Greenhouse. Winner of several prizes at international cello competitions – International Tchaikovsky for Young Musicians (Sendai, 1995), Antonio Janigro (Zagreb, 1996), Rostropovich (Paris, 1997), Eurovision Grand Prix (Vienna, 1998), Roberto Caruana “Stradivari” (Milano, 1999), International ARD (Munchen 2001), 5th Adam (New Zealand, 2003). Sofia Gubaidulina says of her: “Monika perfectly performed my Preludes for solo violoncello… She is truly remarkable, and simply I adore her… Monika is the sort of talent that only appears by the Grace of God”. She performed as soloist with orchestras such as Bavarian Radio Symphony Orchestra, Moscow Philharmonic, Sendai Philharmonic, Slovenian Philharmonic, St. Petersburg Symphonic Orchestra, Zagreb Philharmonic, Essen Philharmonic, Prague Chamber Orchestra, Lithuanian Chamber Orchestra, Kremerata Baltica, Zagreb Soloists, with conductors such as Valerij Gergiev, Thomas Hengelbrock, Krzysztof Penderecki, and in solo recitals, chamber music projects and noted festivals like Lockenhaus, Schleswig-Holstein, Rheingau, Dubrovnik, Casals Festival (Tokyo), Rostropovich Festival (Riga), Zagreb International Music Festival collaborating with Gidon Kremer, Yuri Bashmet, Boris Berezovsky, Julian Rachlin, Itamar Golan, Tabea Zimmermann, Sofia Gubaidulina, Mario Brunello, Nikolai Zneider, Jeanine Jansen and Kolja Blacher, among others. Since 2005 she collaborates with the cellist and composer Giovanni Sollima, with whom she recorded the album “We Were Trees”, recently published by Sony/BMG. In 2008 she recorded the G-major Cello Concerto of Stamitz and the Danzi Variations on a theme from “Don Giovanni” for the label OEMHS classics. From 2010-2011 she was principal cellist at Muenchner Philharmoniker. Monika Leskovar plays on a Vincenzo Postiglione cello from 1884 which was entrusted to her by the City of Zagreb and the Zagreb Philharmonic. Since 2017 she is teaching at the Zagreb Music Academy.