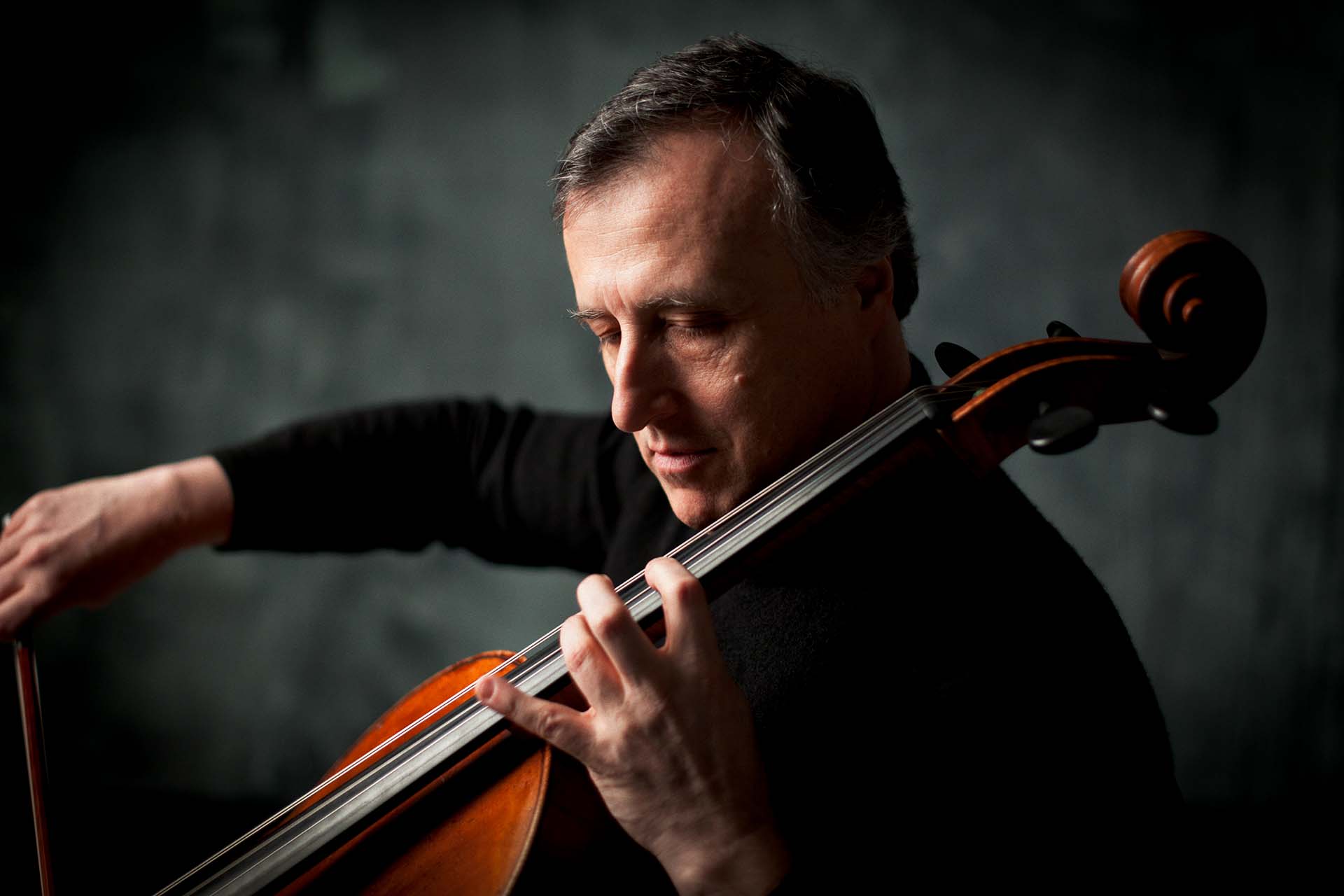 Raphael Wallfisch is one of the most celebrated cellists performing on the international stage. He was born in London into a family of distinguished musicians, his mother the cellist Anita Lasker-Wallfisch and his father the pianist Peter Wallfisch.

At an early age, Raphael was greatly inspired by hearing Zara Nelsova play, and, guided by a succession of fine teachers including Amaryllis Fleming, Amadeo Baldovino and Derek Simpson, it became apparent that the cello was to be his life’s work. While studying with the great Russian cellist Gregor Piatigorsky in California, he was chosen to perform chamber music with Jascha Heifetz in the informal recitals that Piatigorsky held at his home.

At the age of twenty-four he won the Gaspar Cassadó International Cello Competition in Florence. Since then he has enjoyed a world-wide career playing with such orchestras as the London Symphony, London Philharmonic, Philharmonia, BBC Symphony, English Chamber Orchestra, Hallé, City of Birmingham Symphony, Leipzig Gewandhaus, Berlin Symphony, Westdeutscher Rundfunk, Los Angeles Philharmonic, Indianapolis Symphony, Warsaw Philharmonic, Czech Philharmonic and many others.

He is regularly invited to play at major festivals such as the BBC Proms, Edinburgh, Aldeburgh, Spoleto, Prades, Oslo and Schleswig Holstein. He is also frequently invited to be a jury member of international competitions such as the Rostropovich International Competition in Paris, the Schoenfeld in China and the Enescu in Romania.

Teaching is one of Raphael’s passions. He is in demand as a teacher all over the world and holds the position of professor of cello in Switzerland at the Zürich Hochschule der Kunst.

Raphael has recorded nearly every major work for his instrument. His extensive discography on EMI, Chandos, Black Box, ASV, Naxos and Nimbus explores both the mainstream concerto repertoire and countless lesser-known works by Dohnanyi, Respighi, Barber, Hindemith and Martinu, as well as Richard Strauss, Dvorak, Kabalevsky and Khachaturian. He has recorded a wide range of British cello concertos, including works by MacMillan, Finzi, Delius, Bax, Bliss, Britten, Moeran and Kenneth Leighton. For the Chandos Walton Edition he was privileged to record the composer’s Cello Concerto, originally written for his master, Piatigorsky.

Alongside his solo career, Raphael has a long-standing and distinguished duo with pianist John York. With a rich history of many international recital tours and numerous recordings, the duo celebrated its 35th anniversary in 2017 and look forward to future collaboration in 2018. Raphael also greatly enjoys touring with his very successful piano trio – Trio Shaham Erez Wallfisch – which he and his colleagues Hagai Shaham (violin) and Arnon Erez (piano) founded in 2009. Four recordings have been released so far, each receiving the highest critical acclaim.

Raphael plays a 1760 Gennaro Gagliano, the 1733 Montagnana “Ex-Romberg” and an exquisite modern cello built for Raphael by Patrick Robin.

He lives in London with his wife, the violinist Elizabeth, and has three children, Benjamin, Simon, and Joanna.